Until one day he shouted out some extra words “duck duck goo where is?” as we went past the phone box. The same for a few days in a row. I was now getting confused.

Then one day he shouted it out whilst we were watching TV and there was a “lightbulb” moment. he wasn’t shouting duck duck goose he was shouting Doctor Who!!! He was shouting “Doctor Who Where is he?” at the phone box because he thought it was a TARDIS!! My boy was becoming, like his older siblings and his parents, a Dr Who fan!

Today we took all three of theme to the Brit Sci-Fi Weekend at the National Space Musuem and saw Daleks, Cybermen, the TARDIS. The children were in their element although Benjamin did give many of them suspicious looks until they had gone by and he wasn’t a fan of the Daleks turning his head away and planting his cheek firmly against mine or his dad’s. He was, however, along with his siblings, over the moon and shouting out “doc doc who” whenever they saw one of the multitude of Dr Who impersonators around. waving hello at every single one they passed!

Jack met the man who has voiced numerous cybermen and Daleks, Nick Briggs and even used the voice changer to show Nick how good he was at “Exterminate”. Nick was also impressed at Jack’s rewriting of that famous “you will be upgraded” to “you will be downloaded”. I don’t think it will take on though do you?

They had a brilliant time and it was great that, as a family, we were able to enjoy something together. 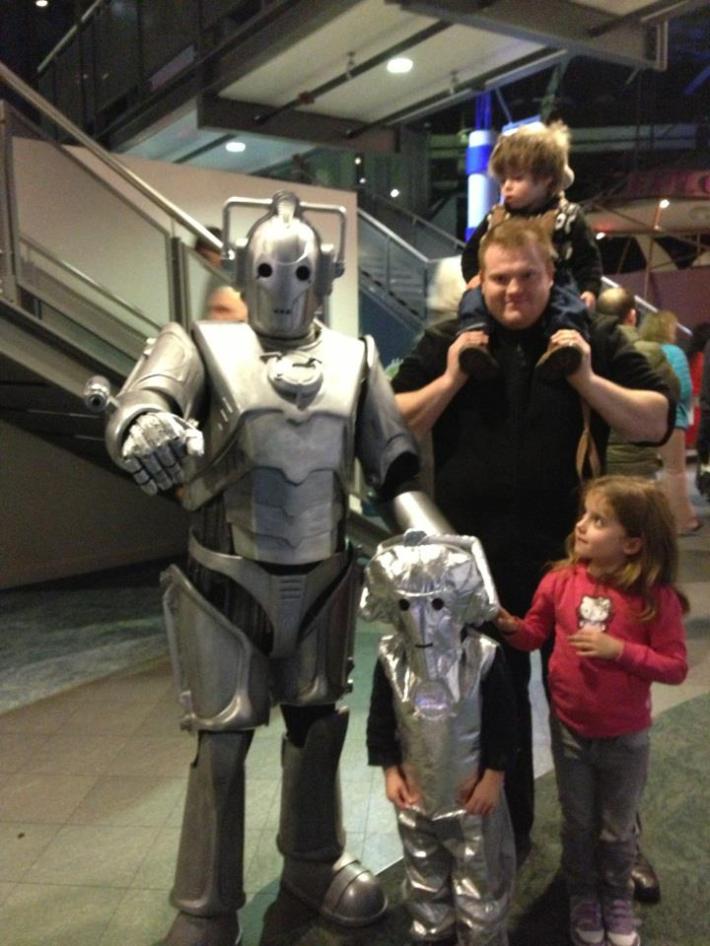