Strictly speaking Belton House isn’t a holiday review as we went with Alex’s school in the last week of term but it was the reason we, as a family, took out the National Trust membership so I thought I would start with it.

We didn’t go into the house itself but we did take part in activities around the grounds so I’ll tell you about those.

As it was a school trip there were activities set up for the class and we started in the education centre doing some still life drawing decorating butterflies and using our imaginations for what the lady in one of their paintings was looking at in the distance. Alex did me proud and showed what a real Whovian she is becoming by drawing a TARDIS! Good girl! 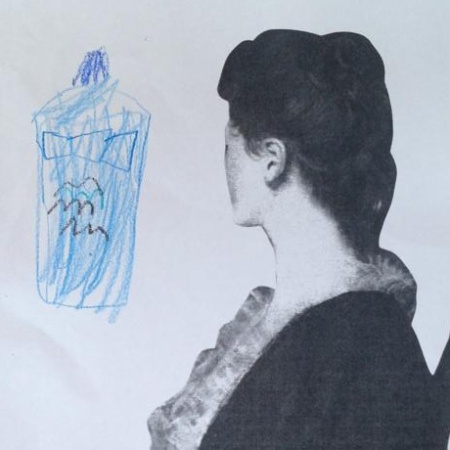 We then had an activity to do which took us around on a treasure hunt of sorts around the gardens and they are beautifully kept and the small hothouse was interesting. I confess right now though that we didn’t actually do much on the treasure hunt as we spent loads of time talking about the plants, the bees and what we could see but all the children in my team were asking questions galore.

Lunchtime was a picnic on the outside picnic area and there were plenty of tables for us all to sit on without sitting upon each others’ laps so thumbs up for that.

The best part of the day though, for the small people, was the adventure playground. It is huge! There were slides, climbing apparatus, wooden structures and lots more. We could probably have spent all day on that alone.

Suffice it to say that we had such a good time I promptly came home and investigated National Trust membership so we could go and sample more of their properties and, so far, it has more than proved its worth.